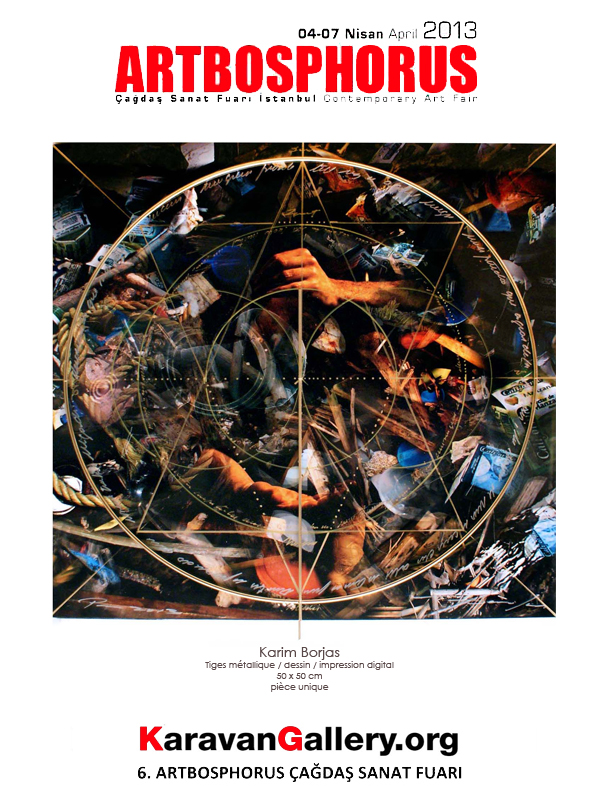 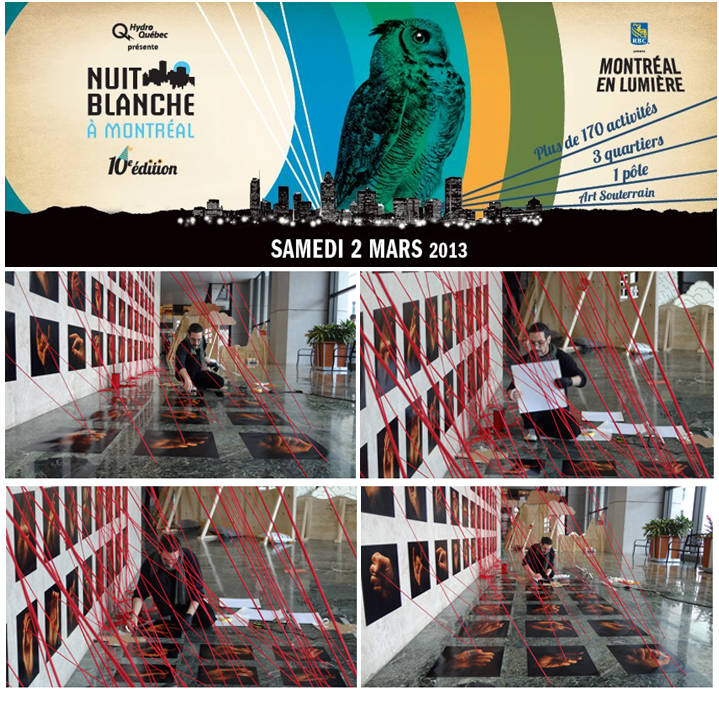 Tonight, Thursday February 7th, 2013 a new opening exhibition took place outside the art circuits of Miami, at the historic Brickell Financial District with the inauguration of a solo show by Venezuelan-born Paris-based multidisciplinary artist Karim Borjas at Biscayne Art House and hosted by Biscayne Capital.

Presented by Miami-based Ninoska Huerta Gallery, the solo show encompasses a selection of Borjas  works that include photography, mixed media, painting and installation.

Carefully selected and curated by Ninoska Huerta, an art dealer and publisher known to represent masters such asCarlos Cruz-Diez, Jesus Rafael Soto, Dario Perez-Flores among others- the solo show by Borjas is an overall sample of his work.

Established for more than 32 years in Europe, Borjas is currently working and living in Paris. He has consistently participated in exhibitions and centers throughout America, Europe, Middle East and Asia.

Photography and video are mediums that the artist uses to galvanize the viewer's perception. Some of the work shown on his exhibition has collateral material presented in the form of videos that the artist create to complement his ideas.

"Each one of the work you will find on this show belongs to a complete set of series which are showcased keeping consistency and coherence," said Karim Borjas who is planning to return to Paris this coming Saturday.


According to Borjas, the only piece that is quite different from the rest is his installation entitled "El Hilo de Arianna," or "The Thread" in which a series of photographs are scattered in perpendicular walls connected to one another in a web of red yarn implying the gestures of connections between humans.

"This installation aims to excite the retina of the viewer, the red thread that gives a unique reading which is highly subjective," said Borjas. 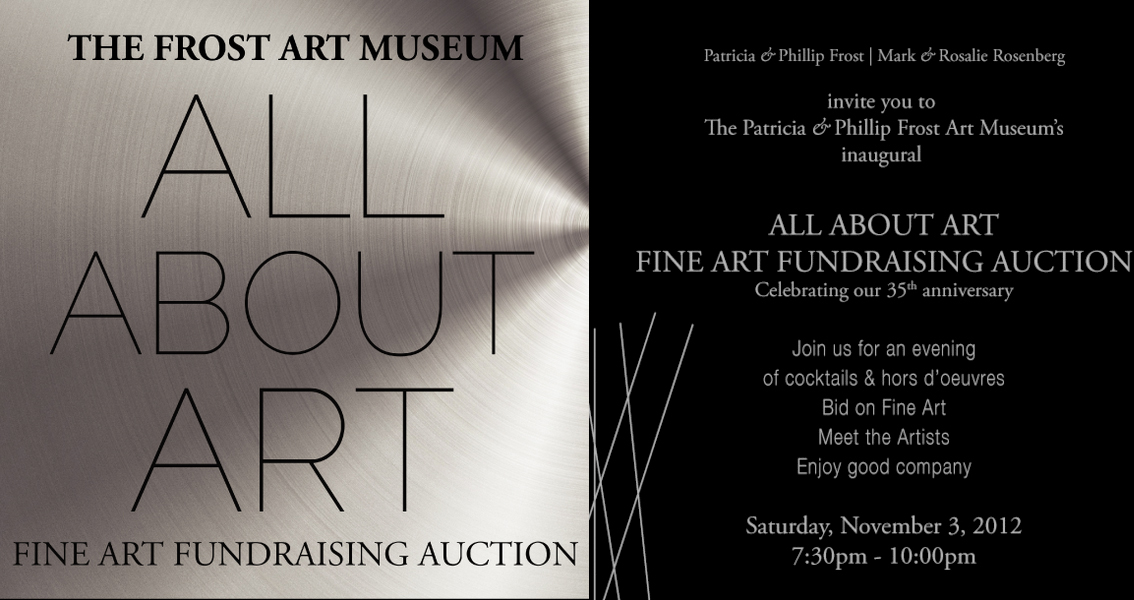 The Patricia & Phillip Frost Art Museum at Florida International University celebrated its 35th anniversary the evening of Saturday, November 3, 2012, with the inaugural All About Art Fine Art Fundraising Auction. The event, held in the grand galleries at the Museum and hosted by Co-Chairs Patricia & Phillip Frost and FIU President Mark Rosenberg and his wife Rosalie, featured art works donated by 78 acclaimed artists, was attended by over 350 art enthusiasts, and raised more than $200,000 in support of future Museum activities and programs. Major support for All About Art was received from Darlene and Jorge Pérez, Bacardi, Color Express, Museo Vault and Christie’s. Director Carol Damian and the staff of the Frost Art Museum wish to thank the Co-Chairs, the Host Committee, the sponsors and especially the generous artists and enthusiastic attendees, for making All About Art such a success! 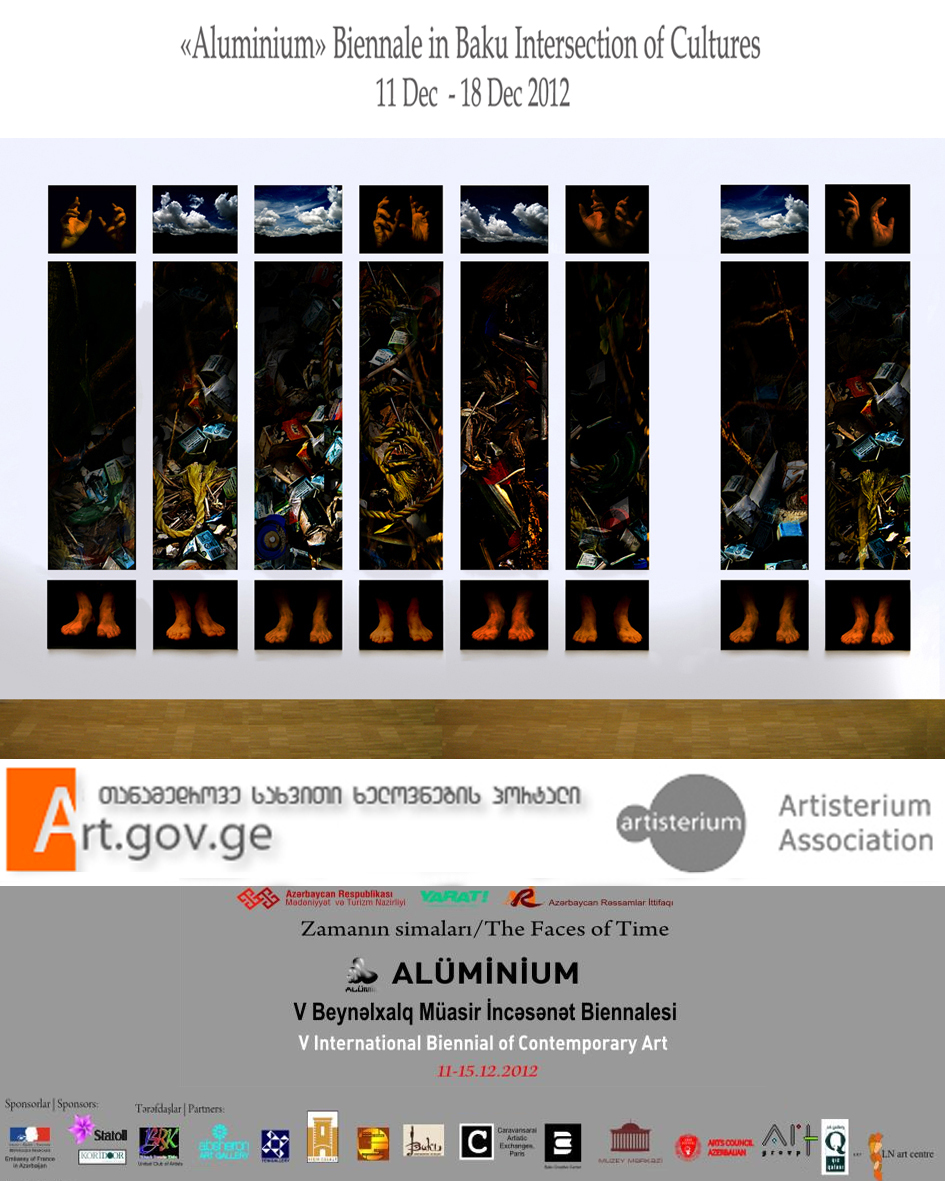